Utopia 44U was a class winner

The Canadian Junior Hereford Association's National Junior show, Bonanza, has been a must attend event for the children each summer.  Enjoy the pictures of  Hunter, Morgan, and Sydney at the many Bonanzas they have attended. 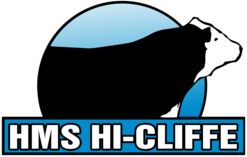 Bonanza 2013 - Brandon, MB -   HMS Hi-Cliffe received Grand Champion Female, Reserve Bull Calf Champion, and had a yearling heifer class winner.​  Congratulations to the MJHA and the Bonanza committee  for hosting another successful Junior National Bonanza!!  Thank you to everyone who stopped by the stall to visit the cattle and us.